The Bicentenary and the Future of the Armada de Chile 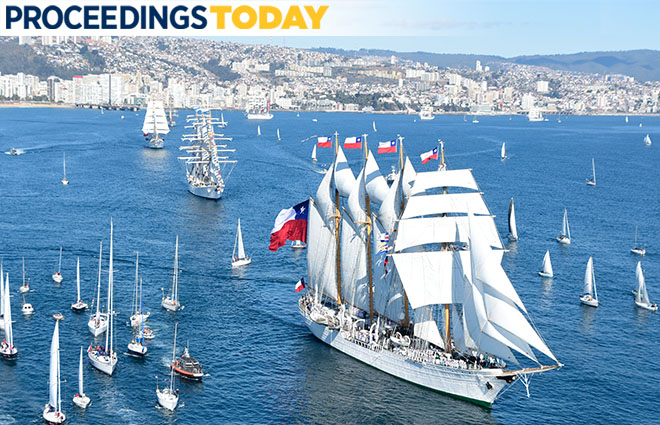 The Armada de Chile is celebrating its bicentenary. The exact date of its founding is unknown, but between 1817 and 1818 the navy began its organization and started to operate as a fighting force and a maritime services organization. From its inception, the Armada de Chile was the agent of the Chilean state for all maritime and naval affairs; a condition that 200 years later has become more relevant as the maritime interests of Chile have increased.

During its first 65 years, the navy participated victoriously in four wars which shaped Chilean naval culture and values, setting the stage for naval heroes who serve as role models for its people and traditions. In these wars Chile learned the importance of sea control to freely move its army where and when needed, or of denying its use so adversaries could not cause harm.

From the end of the War of the Pacific in 1883 until recently, the Armada de Chile has been focused on the protection of Chile’s northern and southern borders, maritime interests in Antarctica and off-shore islands located in the South Pacific, and the management of the maritime services in the Chilean Sea. Also, when needed, the Armada de Chile has supported its countrymen in isolated locations and those under conditions of distress or affected by natural disasters.

The maritime interests of Chile in 1818 were simple when compared to 2018. The country now has a larger coastline of more than 2,600 miles that generates an economic exclusive zone (EEZ) of 1,316,269 miles squared (excluding the Antarctica)—four-and-a-half times the size of the Chilean territory and the tenth largest in the world. Together, with the sovereign rights over the EEZ, the Armada de Chile has search and rescue (SAR) obligations over 10,222,442 miles squared of the South Pacific—that is fifth in size worldwide. There also is Easter Island, located deep in the Pacific 2,299 miles from the coast, and Chile’s claim over 482,726 miles squared of Antarctic territory—a continent where the Armada de Chile has been operating for more than 70 years, which includes four permanent bases and nine temporary installations.

In many ways, Chile is similar to an island. To the east the country is separated from Argentina by the Andes mountains. To the north there lies one of the driest deserts in the world, and to the west and south lies the Pacific Ocean. From Puerto Montt down to Cape Horn, Chile’s geography is characterized by channels and fjords, a region where the sea is the main path of connectivity and the driver of the economic activities.

The Chilean economy is open to the world. Ninety-five percent of its trade travels by sea. There is a vital dependence on the global maritime system and the country relies on the sea lanes and the sustainability of the sea as a medium for communications and transportation of goods. Chile’s main trading partners are China, the United States, and the European Union. These partners represent a 56 percent of Chile’s trade. By geographical destination, 40 percent of Chile’s trade comes or goes to the Western Pacific or the Indian Ocean, 24 percent goes or comes from North America, 15 percent is related to Europe, and the remaining 21 percent is trade with South American countries. It is not by chance that Chile is the third most important user of the Panama Canal.

What does all this mean to the Armada as the agent of the Chilean state responsible for all maritime and naval affairs? It means that the service must attend both the naval and maritime obligations that maritime interests generate in an effective and efficient manner, wherever these interests are located, or whatever the nature of the situation at hand.

The Armada de Chile, by managing naval and maritime assets, is an efficient organization. The management of naval and maritime services is not separated, allowing for one common support infrastructure and command function and the use of naval assets in support of maritime platforms when needed. Chile’s navy has a force composition and development that gives versatility a high value, enabling a high degree of support from the naval power component to the maritime service and in the use of naval platforms for humanitarian relief efforts.

Chile trains its navy to the highest standards and levels of safety. It followings NATO standards and participates in exercises with other navies. The aim is a high-level of interoperability and seamless integration into a multinational naval force that may be formed to protect the global maritime system and keep open the sea lines of communications (SLOCs). As previously mentioned, Chile depends on the global maritime system and cannot afford the system shutting down, nor can it assume others will do the job of keeping it working. Ensuring the global commons are open for the purposes of transportation and communications is a cooperative multinational effort and one that we all to have to support.

Chile participates in multinational cooperative efforts because its main trading partners are in the Indo-Pacific region, North America, and in Europe, and to keep our trade flowing to and from the Western Pacific through the Panama Canal and the Magellan Straits. This year, with naval and marine corps assets, a Chilean Commodore will command the maritime component of the Rim of the Pacific Exercises (RimPac). It will be the first time a non-English speaking and non-founding country performs that role, recognizing the level of professionalism achieved by Chile’s navy. 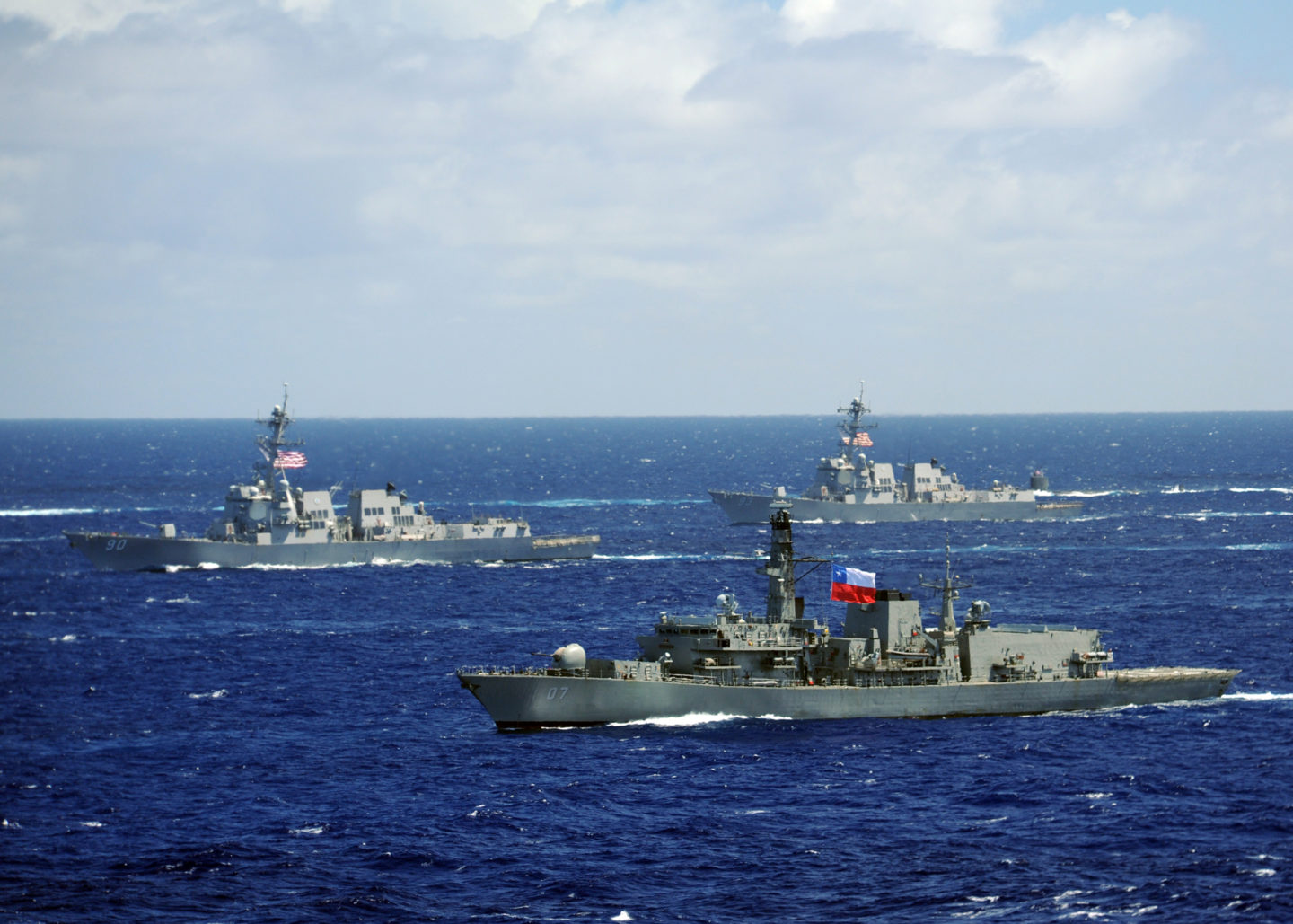 The Armada de Chile aims to maintain a force structure that will allow it to perform effectively and efficiently in the naval and maritime services functions wherever Chilean maritime interests are located. It needs to adapt  to the changes of the digital world and to the new generations that will be its future crews for the next 200 years.

Admiral Leiva graduated from the Chilean Naval Academy in December 1979 and is the Commander-in-Chief of the Armada de Chile. He assumed his current position in June 2017. During his naval career has commanded the missile boat Teniente Uribe, the landing ship Rancagua , and the frigate Almirante Cochrane. 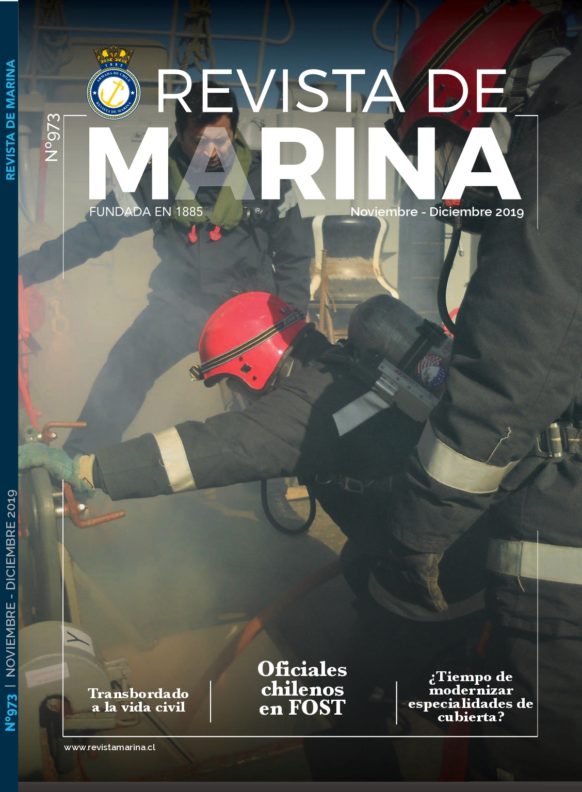